The songs in this posts are all about being mellow and relaxing. I have chosen seven tracks for this list so I hope you enjoy my choice.

A group I came to appreciate in later years they really need little introduction – amazing talent in every way. Probably one of the coolest bands on the planet.

Sung by Christine McVie and guitarist Lindsey Buckingham, it was a single taken from the band’s 1977 hit album, Rumours.

The song peaked at number 32 in the UK charts but didn’t chart in the US.

Maybe not as cool now as I thought they were in the 80’s but a supergroup nonetheless.

Released in December 1988 in the UK and January 1989 in the US as the second single from their album, Living Years.”

Peaking at number 2 in the UK and number 1 in the US, it was an international hit.

Mike + The Mechanics are an English rock/pop supergroup formed in 1985 as a side project of Mike Rutherford, one of the founding members of the band Genesis.

Their most recent album ‘The Road’ was released in 2011.

Released in 1971. Like Fleetwood Mac I came to appreciate this guy much later (in my 30’s). Simply this is feel good music that you can listen to anytime. Taken from his album Teaser and the Firecat. The song climbed to #7 on the Billboard Hot 100 chart during the week of October 9, 1971, becoming Stevens’ first US Top 10 hit. 1965–1980 he was known as Cat Stevens. From 1995–present he has been known as Yusuf Islam. His most successful years were from 1970 to 1978. His most recent album ‘Roadsinger’ was released in 2009 as Yusuf.
Watch the video here

A man of unbelievable talent, he’s little but we can’t dispute that he has been a major character in the music business. Whether it be his name, his battle with major record companies or his recent court battles with fans over

This was the lead single from his 1984 album Purple Rain.

It topped the charts for 5 weeks in the US and reached number 4 in the UK.

“Manic Monday” by the Bangles was written by Prince under the name ‘Christopher’.

He has produced ten platinum albums and thirty Top 40 singles during his career.

He has sold over 100 million records worldwide, making him one of the best-selling artists of all time.

SONG 5 - Dire Straits – Money For Nothing

Everything 80’s here, tracksuits, headbands and even computer graphics.

“Money for Nothing” was taken from their 1985 album Brothers in Arms.

It was one of Dire Straits’ most successful singles, peaking at number one for three weeks in the United States, and in the band’s native UK, the song peaked at number four.

The recording was notable for its controversial lyrics, groundbreaking music video and cameo appearance by Sting.

The video was one of the first uses of computer-animated human characters and was considered ground-breaking at the time of its release.

I was and still am a huge fan of INXS. These guys were cool, the girls loved them, the guys wanted to be them.

“Need You Tonight” is the fourth song on INXS’s 1987 album Kick as well as the first single from the album released worldwide.

It also achieved their highest charting position in the United Kingdom, where the song reached number two on the UK Singles Chart, however this peak was only reached after a re-release of the single in November 1988.

On its first run on the UK Charts in October 1987, it stalled at No. 58. While it would arguably become the band’s signature song.

The untimely death of Michael Hutchence in 1997 put the band on hold for a year with no performances.

They made appearances with several guest singers including Jimmy Barnes, Terence Trent D’Arby, and Jon Stevens; Stevens formally joined the band for a tour and recording session in 2002. JD Fortune 2005-2011 and finally Ciaran Gribbin 2011-2012.

As of May 2013 INXS had sold close to 40 million records worldwide.

I knew every word to this song and probably still do now. One of the best Synthpop New Wave bands on the 80’s.

Released as a single in early 1983, the title track of their album Sweet Dreams (Are Made of This), one of their biggest hits, and the song which provided the group with their breakthrough into commercial success.

Stewart and Lennox went on to release a string of hit singles and albums before they split in 1990.

Eurythmics reformed in the late 1990s to record their ninth album, Peace, which was released in late 1999. They reunited again in 2005 to release the single “I’ve Got a Life”, as part of a new Eurythmics compilation album, Ultimate Collection. 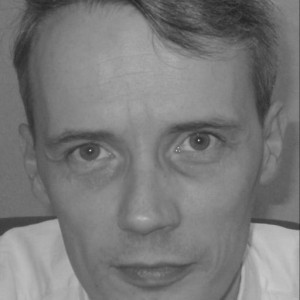